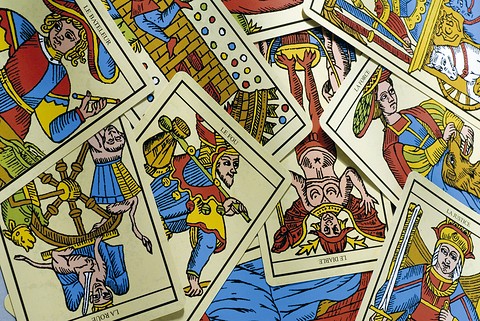 As the first day of the new year dawns I’ve been thinking about how social media may change in 2012.  I can’t claim to be a clairvoyant and have to admit that these predictions are based solely on my own use of social media.  I imagine I’m not an a-typical social media user but my two week break from using it for business has given me more of an insight into what ‘normal’ social media users do.  So here goes…

Social Media will not stop at being a place where you just share content or make friends, it is going to become a way that we record our lives.  This concept could seem scary to some, Timeline from Facebook  allows you to see your entire life on Facebook is getting mixed reviews for exactly this reason.  Anyone that saw the last episode of Black Mirror will understand the extremes that backing up your memories could lead to.  However, those of you who like me who find yourselves rifling through your brains for memories might see an advantage to backing up your memory online.  In many ways this is how I use Niche networks.

I’d always considered Niche networks to be Internet forums, or ‘Ning’s’.  However I’ve found in 2011 that I’m using more and more smart phone based networks.  Applications like ‘Instagram‘ ‘GoodReads‘ ‘iMapMyRun‘ have iPhone or Android apps but also connect to the traditional internet.  With Instagram I’m discovering more about people’s lives and obsessions through photographs, with GoodReads I can share my book reviews and get recommendations for others, with iMapMyRun I can record my own cycle routes and find cycle routes that others in the local area have recommended.  These networks aren’t about accumalating friends or followers they’re about sharing with likeminded people and discovering more about the things that interest you.

Facebook and Twitter act as the hub for these activities, each of the apps above can be pushed to these networks and it allows you to find groups of people within your social graph that share specific interests. Facebook Timeline ensures that these achievements and thoughts are there for good… or at least as long as Facebook exists.  In fact Timeline is a very clever ploy in this respect.  Are you likely to want to leave your memory backup behind and abandon Facebook?

I still think it’s too early to predict the success or failure of Google+, it’s very new and although I see active users rising it’s the one network I’ve abandoned over my Christmas break.  Although I’m not leaving it for good it still seems too much like work for me.

It’s success or failure is in some respects irrelevant as the impact it has had on other social networks has been huge.  Facebook has tidied up and clarified some it’s own features, real improvements with Facebook lists and the formulisation of the subscribe feature amongst others have only come about because of the advent of Google+.  We’ve also seen a new Twitter arrive, a Twitter that really competes with Google+, we can now see media such as images and videos in the Twitter newsfeed, would we have seen this without G+?

The impact of Google+ will keep pushing innovation in the other networks we use in 2012 and it will be interesting to see the social web evolve as a result.

Newspapers are still struggling to survive in the digital world.  Consumers have begun to view news from a variety of sources, loyalty to a particular publication is dwindling.  For this reason I don’t see the subscription model working for social web users.  If I want to read an article on a particular subject it could come from anywhere and I’m not likely to subscribe to a newspaper just to read one article.

I see the solution to this being news aggregators, I’d be more likely to pay a subscription to an app or a website that allows me to read news from a variety of publications, a ‘reader’ that would be a gateway to the articles I want to see.  As far as I’m aware there is no such service currently available.  The iPad/iPhone app FlipBoard comes closest and if we are to pay for our news in the future this is the only way I can see it working.

I’d like to hear your ideas on how we will use social media in 2012 too so leave a comment if you have one.