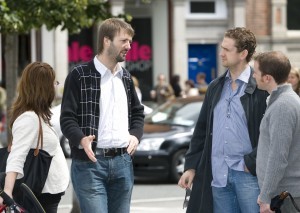 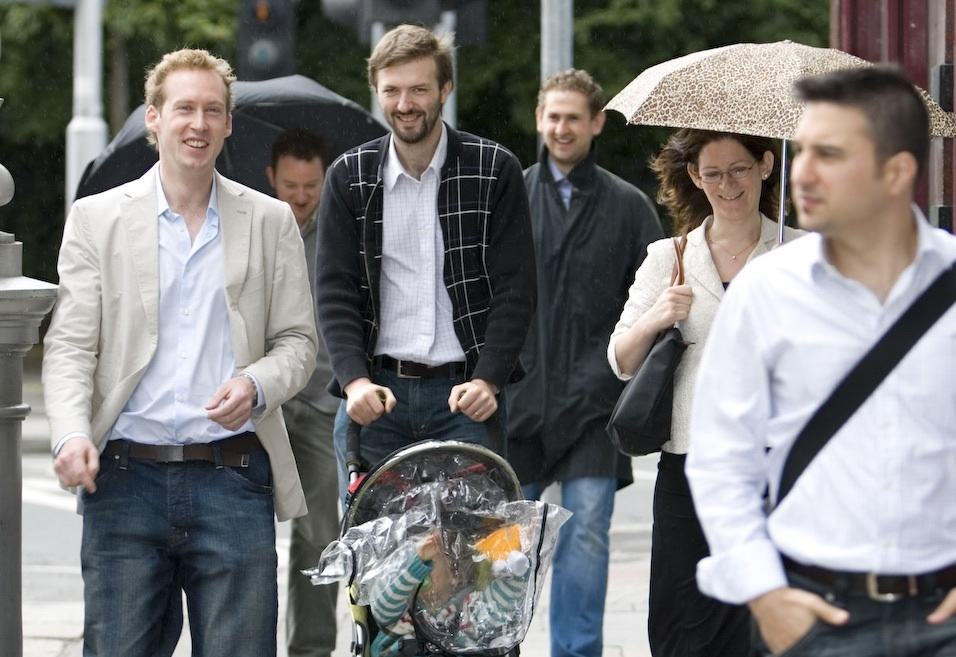 Linkedin is a fantastic social networking tool for business, yet it is one that I often feel is underrated. I find that a lot of people set up their Linkedin profile and then are not sure what to do next.

One suggestion I offer to clients is to join a group that is suitable for their business, and if there isn’t one there start one. As MD of Feelgood Organic Hampers I joined lots of green and eco groups but couldn’t find one specific to Ireland so I started Eco Business Ireland. I also recommend that clients take the relationships they form on Linkedin one step further and try and meet as many of their connections as possible in real life.

Someone who has very successfully combined these two strategies is Colin Carroll, a Kildare based Solicitor who started the group: ‘The 10 Minutes Street Network‘, which in his own words:

“…offers a novel, unique and fun opportunity for business people to connect, meet up face-to-face and “street network” on the First Saturday of every Month at 12 noon. This is networking with a twist – firstly the networking takes place on the “street” (top of Grafton St @ the entrance to Stephen’s Green Park) and secondly there is a “mystery tour” element to the event. Once the attendees have met up on the “street” and chatted for “ten minutes” an announcement is then made to let the group know which cultural venue (art gallery/museum/theatre) the group will wander off to on foot to continue networking in a sophisticated environment until 1 pm.

So one hour is all it takes for business people to expand their professional network in a fun and informal way.”

I spoke to Colin and asked him how he had benefited from the group and he was very positive. Not only had he gained new clients and widened his network he also felt that he had been able to cast off the stuffy image that can be associated with those in the legal profession. People now view him as an entrepreneur and not just a Lawyer.

Colin was also contacted through Linkedin by a businessman from Washington DC who is interested in starting something similar there. In fact people from across the world have been in contact with him since he started the network.

Word is spreading too. Although the network meets in Dublin, word of it has reached his Kildare based clients.

He’s been getting a great reaction from the other network members too. Because it’s informal, fun and only an hour long they feel much more relaxed at the meetings and the network is growing as a result.

So Colin is a Linkedin success story he has started a group, utilising his connections and forging new relationships as a result. He has also taken this one step further, he gets to meet the group members face to face, he is then able to improve his connections and widen his network which is ultimately having a positive effect on his bottom line.