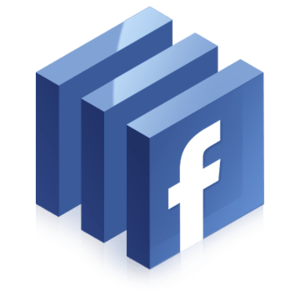 I’ve been asking for your social media question small or large and this weeks one is a biggy!

“would you agree with Gartner’s predictions about Facebook becoming the hub for social network integation by 2012.”

Lets have a closer look at what Gartner predicted:

There is no doubt that by 2012 Facebook will have continued it’s massive growth, maybe even reaching a billion users worldwide.  However there is a danger that more users may result in less interaction with the site.  It is possible that with so many friends to keep up with that users will be overwhelmed with the information coming in.  There is also the danger that people will begin to feel that Facebook is too commercial, they will become fans of too many pages and find their news feeds full of marketing messages.  For this reason it is important that page owners keep their posts interesting and relevant to their target audience.

Certainly Facebook are aware of the possible downside of growth and have been quite innovative in the way that they allow their content to be shared.  Facebook Connect for example and the opening up of Facebook chat that puts them in strong competiton with other IM solutions.  Mobile apps such as ‘Urban Spoon‘ will make the way we interact with our facebook friends very different and it is this move forward, creating a Facebook Profile allowing you to easily share experiences across both the mobile and standard internet, that could give Facebook the ability to become the ‘hub’ Gartner predicts.

In some ways Google Buzz is already attempting to make use of your Google profile in a similar way.  By buying into several platforms such as YouTube and Blogger and by allowing you to syndicate these to your email contacts using Buzz there is the potential for Google to become stiff competition to become the ‘hub’ in the future.  Whether Buzz succeeds as a social network will not be clear for quite some time.  It may even be beyond 2012 before we see it take off in the way Twitter and Facebook has, but I would imagine that Facebook will be keeping a close eye on it’s progress in order to stay one step ahead.