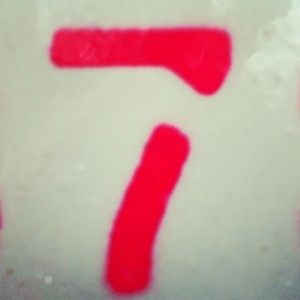 It’s hard to believe another 7 days have passed.  There’s been no shortage of great content and news though and here is my pick of the week including some great news for Dublin, how to understand what your teens are talking about on social media and an inspiring YouTube campaign.

Great news for Dublin.  Google have announced that they are to open their first ever permenent retail store in Dublin.

The big question is what will they sell?  I’m imagining Chromebooks and phones but this article from Adage also suggests there could be branded merchandise as well.  Looking forward to seeing the result… can anyone get me an invite to the opening!

In other Dublin social news I’ve discovered a new word this week ‘flogo’. Sage Ireland launched their new cloud service by sending Sage shaped clouds into the air above Grafton street on Wednesday.  If you missed it in person here’s a video of the event. 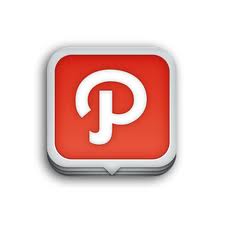 It’s highly possible you’ve never heard of Path, it’s a social network that only allows you to connect with your 150 best friends.  The cap is there to encourage more personal sharing, for example if you are meeting people you can share your current location with them so they will know if you’ll be late.  I’m not using it yet so if you’re an avid Pather maybe you could correct me if my description is lacking.

This week it was revealed that Path were uploading users personal information including their entire address books to their servers.  There is no suggestion that Path were planning to do anything with this data but as Path’s biggest selling point is a small and trusted network of friends.  Many users were annoyed enough to delete their accounts.

The reaction from Path was understated but impressive, admitting they had done wrong, giving their reasons for doing so (which seem honest), telling users how they were going to remedy it and the actions they had already taken (read more here).  A simple response that does everything that it needs to and a good example of reputation management.  Will it bring those Path users back?  Maybe not but it will reassure many that this is a company with integrity.

Reddit, Woody Harrelson and how to get it wrong with PR

I love Reddit, it’s a highly engaged community that shares everything from the bizarre and scary to the sensible.  There’s a category for everything, and I mean everything.  Clicking the random button will bring you results from women in sexy underwear, to geeky coding stuff, from football teams to photo contests.

Last week Woody Harrelson was scheduled on an ‘AMA’ (ask me anything) thread and instead of the honesty that Redditers would associate with celebrity threads of this sort it was soon revealed that it wasn’t Woody answering the questions at all but the PR company. Here’s The Social Times report on it.

Like the Path story this is a story about transparency and reputation management.  Where as Path were quick to respond and rectify Woody Harrelson remained silent.

A few weeks ago I featured the story of a McDonalds hash tag that had backfired  so it was with interest that I read this article on Bloggertone.  Some great suggestions on how ensuring that your tags work and some examples on how they can be used by the Twitter community in ways you may not have anticipated.  Surely someone must have realised that #fivedollarfootlongs may have certain connotations?

A big thank you to Niall Devitt for pointing it out to me.

A great good news story about how Orabrush, a tongue cleaner got stocked in Walmart using YouTube, personalised video and Facebook advertising.  I find this hugely inspiring as it demonstrates how massive creativity in social media and video can get the attention of buyers.  Time to get my creativity hat on.

There’s  a lot of buzz around ‘Generation Y’ or ‘Millenials’ at the moment, the term referrs to someone born between 1977 and 1994.

Generation Y accounts for 25% of the US population (I’ve not found stats for Ireland or the UK) and they have massive spending power.  More importantly they are using social networks and are more likely to rely on user generated content such as reviews from strangers to influence their buying decisions.

This excellent read from Hubspot delves into these statistics further and shares tips on how to get started with user generated content. 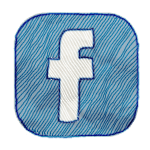 Parenting in the digital age throws up lots of new challenges and how to manage your children’s use of social media is becoming a constant topic of conversation.  I love this article from All Facebook that demistifies some of the acronyms or codes that teens may use on the Internet.  I particularly like P911 meaning ‘Parent Emergency’ but wonder is it P999 in Ireland and the UK?  Maybe I should find a teen and ask them?

Running competitions on Facebook is always a hot topic.  So many companies seem to breech the rules and it can be frustrating for those who comply.  This week I put together a rough guide to help users to understand the rules.  I’ll be writing more on this topic soon.

Last week I talked about the explosion of Pinterest, if you’re struggling to get started here’s my video tutorial on the basics.

Have I missed any great stories this week, have you written something you think I should include in next weeks roundup?  Leave your suggestions below.