The honeymoon period is over.

Remember when we first fell in love? Facebook Live was proud of us, it wanted to show us off to all its friends.

But now, the excitement is over. Facebook Live has settled down and lost interest. We nudge it and ask, ‘don’t you want me to hang out with your friends anymore?’ Facebook Live shrugs.

‘If you want to hang out with my friends, go do it but I’m tired.’

Facebook Live isn’t dead, but it is taking a nap.

With Facebook Live reach in decline is it still worth creating live broadcasts or should you instead spend your time on pre-recorded, edited, uploaded video?

The battle is on. Let’s find out.

Facebook Live v Uploaded Video The Battle Is On

Live is better because…

1. You build a strong connection with your audience

As someone who watches live broadcasts, I always get a thrill when someone mentions my name. I feel important to the people on screen, I feel real.

That’s a connection and a feeling you only get from live. It’s lovely when someone gives you a shout out in any of their content but there’s something about it happening live that makes it special, a real connection.

This connection is wonderful but you can’t make it if people aren’t watching. If your Live doesn’t reach the people who want to engage with you those magic moments don’t happen.

Editing is a pain. You have to learn how to do it, it’s difficult to get right, and it is sooo time consuming. With Live there’s no editing necessary.

Editing helps you tell your story effectively. You can use different shots and angles for emphasis and you’ll keep your audience’s attention for longer.

3. The need for speed

Before Live, creating a video was a long, drawn-out process. You had to plan, shoot, edit, upload.

With Facebook Live you can just hit a button and talk.

There’s work to be done before we hit that button. The best live broadcasts still need planning and preparation.

It may be in decline but Facebook gets more reach in the feed. Right?

No, sadly this is no longer true. AgoraPulse recently explored the difference in reach between Live and Uploaded videos on Facebook and discovered that there is little difference between the two.

The rawness of Facebook Live means you appear real, authentic. It’s less about the message and more about the human behind it.Click To Tweet

Uploaded video is better because…

1. You can edit out mistakes

It’s hard to get through a full Facebook show without making mistakes. The beauty of pre-recorded, uploaded video is that you get to edit. All those bits when you stumbled over your words, swore, dropped something, pulled a funny face can disappear in a swipe of a track pad.

People enjoy the mistakes during your live broadcasts. They become conversation starters and it shows your vulnerability. It reminds viewers that there is a real person in front of that camera.

Editing adds flare to your videos, you can use it to get your point across and cutting between shots will hold your viewer’s attention longer.

I’ve said it before. Editing is a time-consuming headache.

You can also download your Facebook Live video, edit out the ‘Live’ elements and upload it to other channels.

When you broadcast live on Facebook you have one take, one chance to get your point across. With edited video you can record as many takes as you like.

Each time you record you’ll do it better and your message will become stronger.

The rawness of Facebook Live means you appear real, authentic. It’s less about the message and more about the human behind it.

Facebook Live may have fallen out of love with us but we don’t have to abandon it. Both live and uploaded video have their strengths and there’s no reason you can’t include both in your video strategy.

Test them out and find out which work best with your audience and for you achieving your goals. 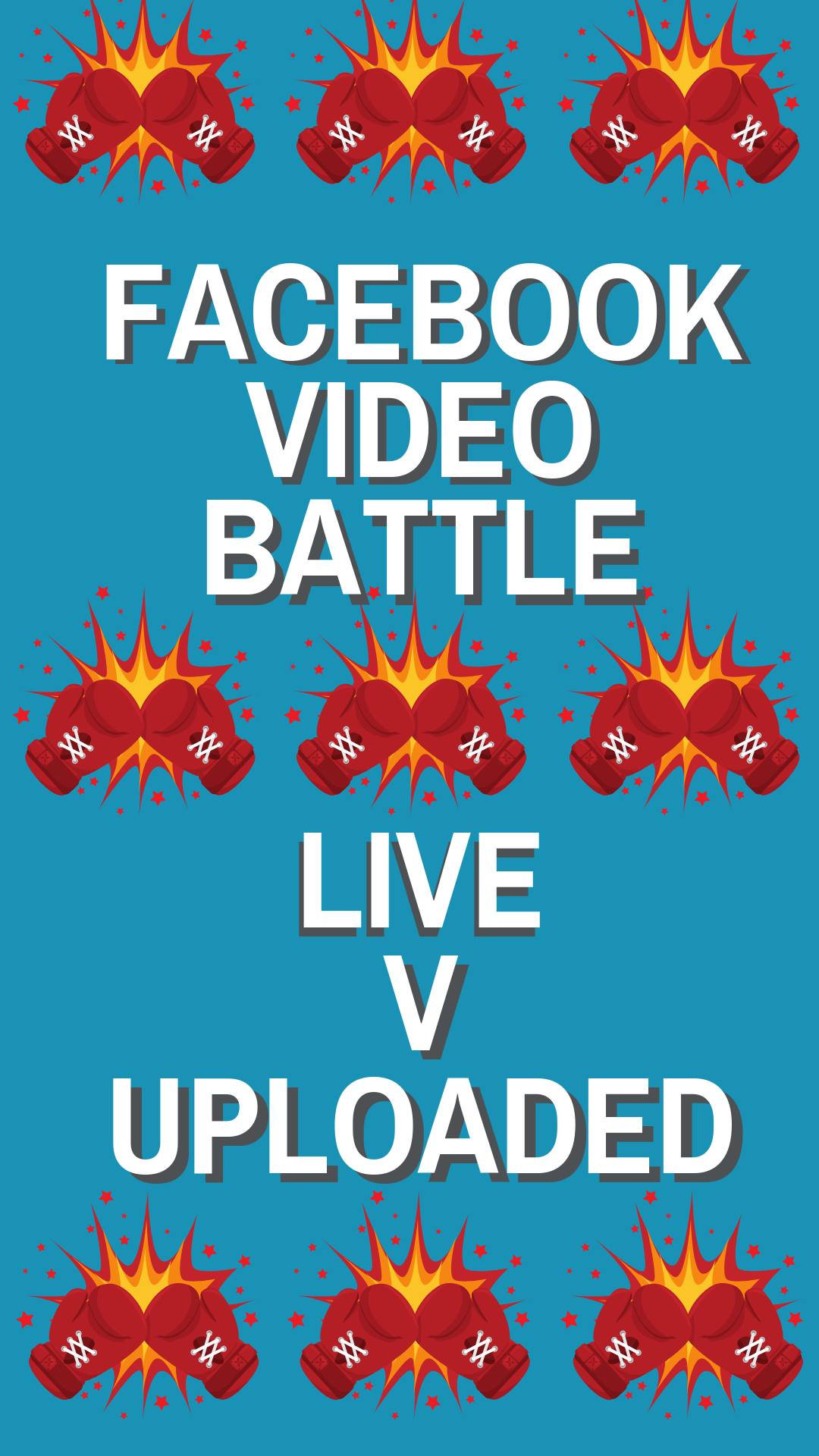